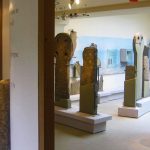 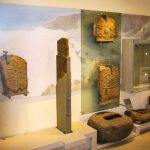 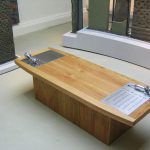 Whithorn Priory and Museum is located in a quiet corner of South West Scotland and is recognised as Scotland’s ‘cradle of Christianity’. The Priory has attracted Christian worshipers, travellers, traders, pilgrims and royalty to Whithorn for well over a thousand years.

During the 10th and 11th Centuries the people who lived and worshipped in the area created artworks in stone to express their faith. Today the Priory Museum features a collection of these important carved stones and EVM’s interpretation and fabricating team were involved in the building of the structures that enabled the invaluable restored stones to be displayed to their best advantage for modern day visitors to the site.

EVM’s scope of works included a full interior fit out; first and second fix electrics, flooring, plastering, and decoration. Display plinths, display graphics and interpretation panels were produced telling the fascinating and important story of the stones which includes the oldest Christian monument to have been found in Scotland, the 5th Century, Latinus Stone. Its inscription translates as: ‘We praise you, the Lord! Latinus, descendant of Barravados, aged 35, and his daughter, aged 4, made a sign here’.

Other stones displayed include grave markers of early Christians who lived through the centuries of conflict after the collapse of Roman authority.