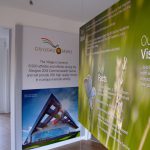 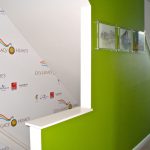 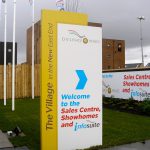 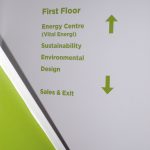 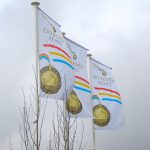 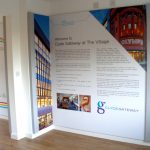 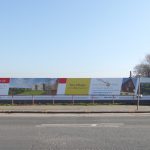 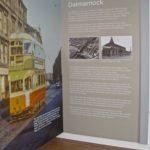 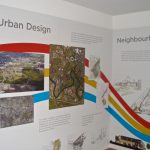 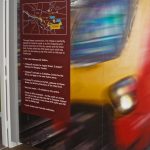 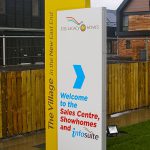 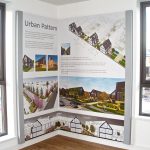 EVM is very proud to have contributed to the success of the Athlete’s Village project and the provision of high quality marketing suites and signage.

The Athletes Village is located by the River Clyde, in the Dalmarnock area of Glasgow. At the time of its construction it was the largest single residential regeneration project in Europe. The project was conceived in preparation for the Glasgow 2014 Commonwealth Games, firstly as the homes for some 6,000 visiting Commonwealth Athletes’ and officials and afterwards as a new residential village for the people of Glasgow.

EVM was awarded the contract to deliver the marketing suites and signage for the Athlete’s Village by City Legacy Homes, a consortium of Glasgow construction companies and developers that had won the contract to construct the village.

The marketing suite and signage contract was split into two phases: Phase 1 included a temporary marketing suite and external signage whilst the Village was under construction and during the time of the Games, followed by Phase 2, some 10 months later, when The Athletes Village had been transformed into the residential property site now known simply as The Village at which point EVM were asked to develop and manufacture a sales centre ‘hub’ incorporating an information centre, and two individual marketing suites, all to be located within three adjacent terraced homes within the new village.

EVM’s scope of works in the information centre included interpretative graphics telling the background story of the Village, its environmental credentials and its innovative Energy Centre and construction methodologies whilst in the two marketing suites we manufactured, produced and installed marketing suite furniture and display graphics illustrating the range and styles of the new homes that were being built on the site.

A package of exterior signage, hoarding and flags was also manufactured including over 400 linear metres of illuminated and branded hoarding.

EVM collaborated closely with each consortium partner to bring each of the three spaces to life in anticipation of the eagerly awaited sales launch of the finished development. By this time the site had been transformed into an eco-friendly new village set in a highly desirable riverside location, offering 700 new homes for both private, social housing use and for later life care, with a choice of twelve house types comprising 1 and 2 bedroom apartments and 2, 3 and 4 bedroom, terraced and detached homes.

In the years that followed the launch of The Village, City Legacy Homes was highly commended for The Athletes Village and won a Queen’s Award for Enterprise in Sustainable Development and no less than 25 other awards for its high quality design, sustainability, and the role the development played in the regeneration of Glasgow’s East End and the definitive legacy of the Glasgow 2014 Commonwealth Games.